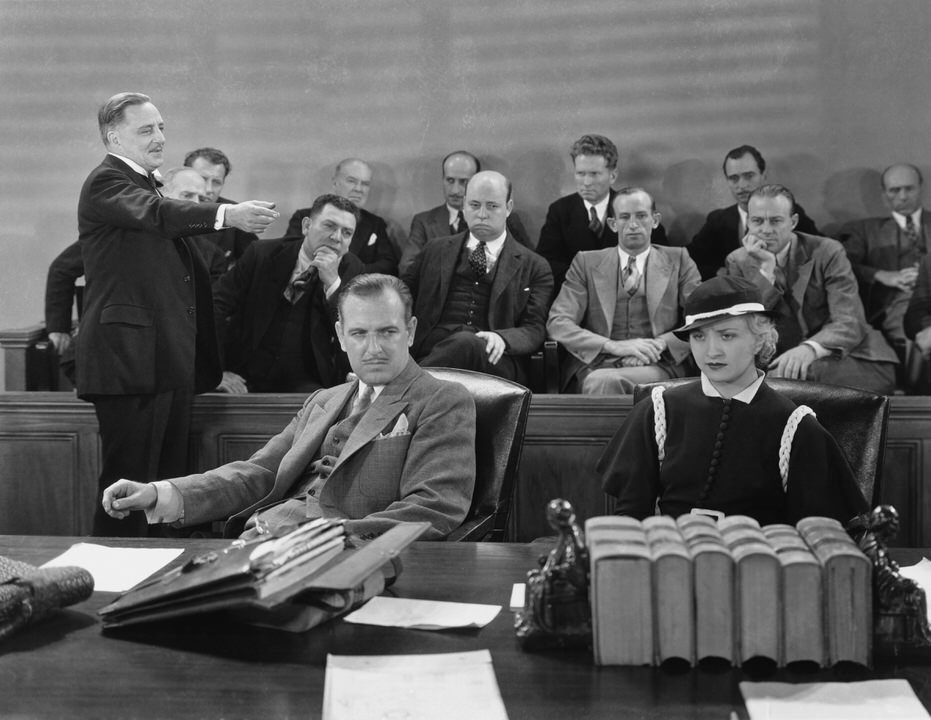 An Advocate’s Guide to Pre-Court Jitters: 7 Tips to Calm Your Nerves

Do you have nerves of steel before you step into court? Or are you so fearful you are more likely to conjure up dancing babies in your head?

Fear strikes at the hearts of all those who want to succeed. Without fear and nerves, we’d probably start to worry if we cared about the fruits of our labour at all. Advocates in court are no exception.

As Marcus Priest reported in the Australian Financial Review’s ‘Raising the Bar’, “a certain streak of masochism is required to get to your feet day after day and rely on your wits and nerves.” Even Lord Denning found the practice of appearing in court daunting: “One thing that you will not be able to avoid – the nervousness before the case starts. Every advocate knows it. In a way, it helps so long as it is not too much … I was anxious to win – and so tense – that my voice became too high-pitched. I never quite got over it, even as a King’s Counsel.”

To hear that you never quite get over it is somewhat of a relief for those who stand on the legal frontlines every day. As a former criminal prosecutor, I recall appearing in the deep underbelly of the NSW Supreme Court (ie, the bail courts) when I heard someone mention that a Supreme Court Justices used to vomit before court during his career at the bar. Now I have no idea if this is true or not but I know I felt strangely relieved that a person of judicial stature had managed to sustain a high profile legal career despite feeling sick every time he charged into the advocacy arena.

So whether it is end of year exams, a speech at your Dad’s 60th birthday bash or the morning before you first step into court as a lawyer, most of us have experienced the kind of nerves that strangle your vocal chords or deliver a sprawling red rash to your throat at the worst possible moment.

If you’re a barrister or solicitor advocate, how do you stem the pre-court nerves and get on with the art of persuasion? After several years spent at bar tables (the ones in court as well as those that quench our thirst), here’s my guide to warding off the litigation jitters.

1. Be Prepared: It really is simple. The more prepared you are, the less nervous you’re  likely to feel. It can actually work in the reverse – when you get thrown into court at a minute’s notice without much prep, you tend find your feet and roll with it rather than overanalysing the situation. As a general rule, however, organisation is crucial to preparing and winning cases and remaining in a calm, persuasive state.

2. Be a Good Lawyer First: In his paper ‘Developing Confidence in the Courtroom’, NSW Magistrate and Deputy State Coroner, Hugh Dillon, recommends that you make yourself a good lawyer first and then an advocate. Quoting Chief Justice Murray Gleeson, he says: “To be a good advocate it is necessary to be a good lawyer. Not all good lawyers are good advocates. But an advocate who hasn’t taken the trouble to master the principles of law relevant to the contest is like an athlete who can develop a dazzling turn of speed in the course of a race but hasn’t taken the trouble to find out where the finishing line is located.” If you feel confident about your legal skills, you’ll feel more confident as a courtroom advocate.

3. Develop a Ritual: Stave off performance anxiety with a calming habit or ritual such as wearing the same tie or bracelet, meditating before court, having breakfast or coffee at your favourite cafe or reading an inspiring quote from a mentor advocate. Hey, you may want to get all ‘Raffa’ on us. Shower 45 mins before court. Touch your nose before you address the judge. Sprint to and from the court registry without stepping on any lines in the foyer. Whatever floats your advocacy boat. Except I’d probably draw the line at picking at your underpants.

4. Know Your Audience: You won’t always know the judicial draw of the day but sometimes you know exactly who will sit in judgment of your matter. It doesn’t hurt to get a bit of a rundown on their general approach, idiosyncracies and document organisation preferences. We understand that judges are independent and impartial in deciding the case but we are all human and some judges have preferences in terms of advocacy traits and case preparation. If you’re facing a cranky judge or irritable old magistrate, try not to squabble – you will likely lose the battle. Judicial officers also have a tough job and a crazy workload to get through in a single day. It helps to know how each officer operates and to understand the “unwritten rules” of each jurisdiction. Find out what makes them tick – or what ticks them off!

5. Know Your Opponent: When you carefully assess the opposition, half the battle is won. The more you know, the less daunting they become. If it is the kind of opponent who takes every point, it may help to develop your own litigation strategy. Some advocates lean towards written submissions, others launch into quick, snappy oral arguments – get to know the different styles so you can face your opponents fair and square. Whilst litigation involves a bit of manipulation and strategy, play nice – crushing a junior barrister in his first foray into court or treading upon your learned friend may simply just make you look bad. And it might be a breach of professional rules. Be courageous, fair and frank in your dealings with the opponent and don’t let them distract you with their antics.

6. Know When to Sit Down: Some pit bulls bark all day long at the judge trying to ram home a point or muddle through a case summary – never fear, that may in fact win your case for you. Cleverly timed silence is often the most persuasive act. Make your strongest points, hand up written submissions and case law to assist the court but always sit down before you bore the presiding judge or ask that final, case-killing cross-examination question.

7. Be Confident: Sometimes you just have to know how to wing it and make the best points the only way you know how using confident gestures and smart language. If you really need to research a point or take client instructions, ask for a brief adjournment. Look the magistrate, tribunal member or judge in the eye. Focus on clarity of expression, courtesy and clear purpose. Thinking on your feet is a difficult skill but it is one you only hone in the toughest of times. Buckle down and brace yourself for any critical or constructive comments from the bench, then either ‘wing it’ or learn from bad experiences so you can nail it next time. And if you really don’t know something or need a little time to think it over, be honest. You have a duty not to mislead the court.

A little bit of confidence and preparation goes a long, long way – all you need to do is live to fight and learn another day. Good luck!